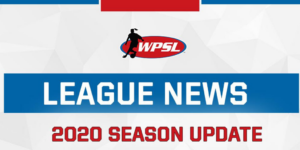 The Women’s Premier Soccer League has canceled its traditional summer 2020 season and is exploring options for a one-time fall season as a result of the ongoing COVID-19 pandemic, the league announced Thursday.

The largest women’s soccer league in the world, featuring clubs in 35 states, made the cancellation to protect the health of its clubs’ players, staff and supporters during the ongoing pandemic. In late March, the WPSL initially delayed the start of the regular season back to May 29 and canceled the playoffs to allow the completion of the scheduled regular season.

“We went through all scenarios possible in order to get our players on the field this summer and complete a national season,” WPSL President Sean Jones said. “However, it became apparent that to play matches in certain areas of the country in June and July would be irresponsible and a potential health risk.”

Although the 2020 summer season is canceled, WPSL clubs can still apply for league sanctioning for summer training and friendlies as long as medical data and state regulations allow a safe playing and stadium environment.

The WPSL is also exploring options for a fall season that would fill the void of the canceled summer season and create an environment for players to return to competitive play before the end of the calendar year. If the fall season were to take place, it would supplement the potential cancellation of the traditional collegiate season, which takes place nationally during the fall semester. Seventy percent of WPSL players are active collegiate athletes.

“Should the college seasons be postponed to the late fall or spring semester, the WPSL is in prime position to provide a structured platform for student-athletes to continue to train and compete in a competitive environment to be properly prepared for their upcoming collegiate seasons,” WPSL Commissioner Rich Sparling said. “However, we do not expect a decision for the next 30-to-60 days.”