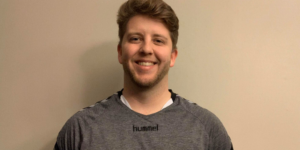 The Cincinnati Sirens have named Jacob Morrison as the Head Coach of the organization’s newly formed second team, who will compete in the Ohio Valley Premier League (OVPL) this Summer.

Jacob is entering his third season with the Cincinnati Sirens and the coaching staff believes he is the perfect fit to lead the OVPL team. Sirens WPSL Head Coach Craig Rhodis says “Jacob knows the style we want to play, the environment we want to create and is passionate about making players better. We will continue to train our players from both the WPSL and OVPL teams together, but Jacob will coach the OVPL team in games. He is a big part of what we consider the best soccer staff in the region for this level.”

Coach Morrison has always had a passion for coaching soccer, after playing for Ohio Christian University, attaining first team all-conference votes and leading his team to four straight National Tournament appearances. He quickly earned his coaching badges through United Soccer Coaches and attained his master’s degree at Ohio University for Coaching Education with a specialized focus in soccer. He has worked for various colleges and universities, most notably a stint with the men’s soccer program at Wright State University. He currently works as a Director of Coaching at the Cincinnati United Premier (CUP) soccer club and is the owner of the Morrison Football Academy, which trains athletes in physical, technical and tactical development.

“I am extremely blessed and proud to accept the position of Head Coach of the Sirens OVPL team. You can expect this team to work hard in all phases of the game, playing attractive soccer and disciplined defending. In terms of the Sirens organization, their efforts to improve the women’s game has been outstanding. I am so excited about the future of this organization. I am proud to be a Siren,” shares Coach Morrison.