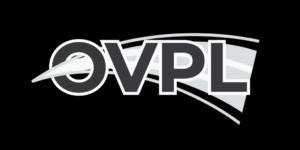 The Cincinnati Sirens organization is proud to announce that we will be adding a second competitive team into the newly formed Ohio Valley Premier League (OVPL) this Summer. The league will complement the organization’s existing structure as we enter into our fifth season in the Women’ Premier Soccer League (WPSL) and are completing our first season in the Premier Arena Soccer League (PASL).

Cincinnati Sirens WPSL Head Coach Craig Rhodis is excited about what joining another competitive league means for the women. “As we have built the Sirens program from the ground up, the increase in interested players and the level of talent those players bring has been incredible. Given this high interest in our program, we are very excited to provide additional training and game opportunities for our rostered players. Within the leagues we will now play, we will be able to offer 18-20 games, our 6v6 league, two training sessions a week and our morning speed & agility and conditioning sessions.  Our priority has always been player development and joining the OVPL is another step in that process.”

The Ohio Valley Premier League (OVPL) has received sanctioning from US Club Soccer for the women’s division and is set to begin play in Summer 2020. The women’s division will play eight matches, as five members have already entered the OVPL. With the women’s division now sanctioned, the OVPL will provide opportunities for players to continue their competitive playing careers between twelve men’s teams and five women’s teams in their inaugural season.